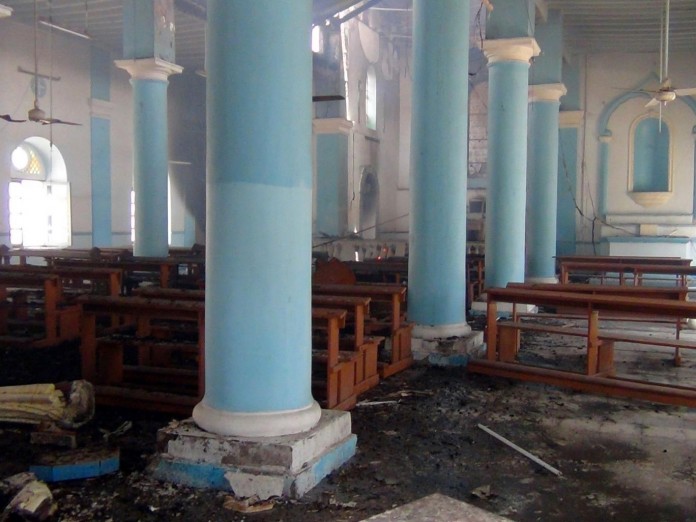 An Indian Catholic priest is believed to have been crucified by Isis on Good Friday.

There were fears of the Islamist group’s intention to kill Tom Uzhunnalil, who was believed have been kidnapped, after rumours circulated online suggesting he may be crucified around the holy festival.

Mr Uzhunnalil is believed to have been taken from a retirement home in Yemen during an attack by Islamic extremists on 4 March.

The group shot 16 people – including four nuns – during the incident at the home in Aden, which is run by missionaries, the International Business Times India said.

The execution of the priest by the same method the Romans used to kill Jesus – an event marked by Christians around the world on Good Friday – was confirmed at the Easter Vigil Mass by Cardinal Christoph Schonborn of Vienna.

There has been no confirmation from the Indian Government of the execution.

A religious group based in South Africa, the Franciscan Sisters of Siessen, claimed in a Facebook post they had been informed the priest was being tortured and Isis planned his crucifixion on Good Friday. The post has now been deleted.

The missionaries at the home were reported to have been subject to numerous threats but had refused to leave.

A handwritten account of the incident from a nun who was at the home at the time, published on Christian website Aleteian, claims five young Ethiopian Christian men ran to the sisters to tell them Isis militants were coming to kill them.

It describes the brutal killing of many people at the home, and also appears to confirm Father Uzhannalil’s kidnap.

“A neighbour saw them put Father Tom in their car. They did not find a trace of Father anywhere,” it said.