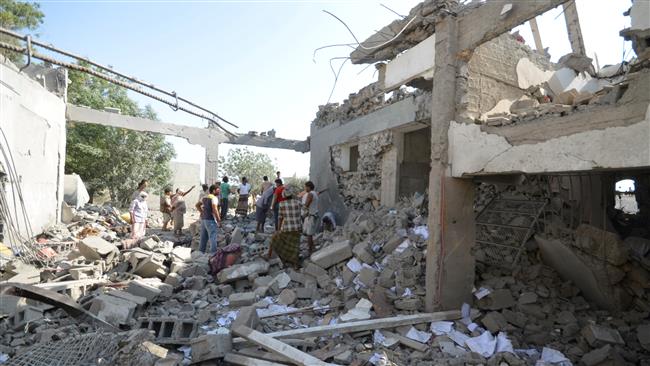 At least 60 people have been killed in airstrikes by Saudi warplanes on a Red Sea port city in Yemen’s western province of Hudaydah.

The airstrikes ripped through a security complex, housing two detention centers, in the northern district of Zaydiyah in the provincial capital Hudaydah late on Saturday.

A large number of prisoners and security guards were also among the victims, Yemen’s Saba news agency reported on Sunday, citing security and medical officials.

Nearly 40 people were also injured. According to Hashem al-Azizi, the governor of Hudaydah, more than 100 inmates were being held in the detention centers when they were struck three times.

Witnesses said one of the strikes directly hit the adjacent prisons and buried the inmates alive under the rubble.

The airstrikes came hours after Saudi warplanes showered bombs on residential buildings in the western city of Ta’izz, killing at least 18 civilians, including children.