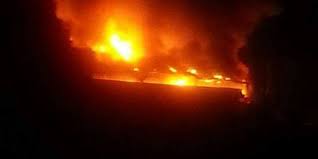 January 3rd,   six citizens have been killed and other injured in an air strike launched by Saudi-American aggression warplane on Saqiaeen district of Sa’ada province.

Military source indicated that the Saudi-American aggression warplanes targeted paramedics who rushed to save the citizens and took them from the rubble of their homes, which led to increase the number of the victims.

The same source strongly condemned the continuation of targeting the citizens and their property and committing the most heinous crimes against Yemeni people by   Saudi-led coalition.