Home Reports Message by Jamie McGoldrick On the occasion of International Day for Mine... 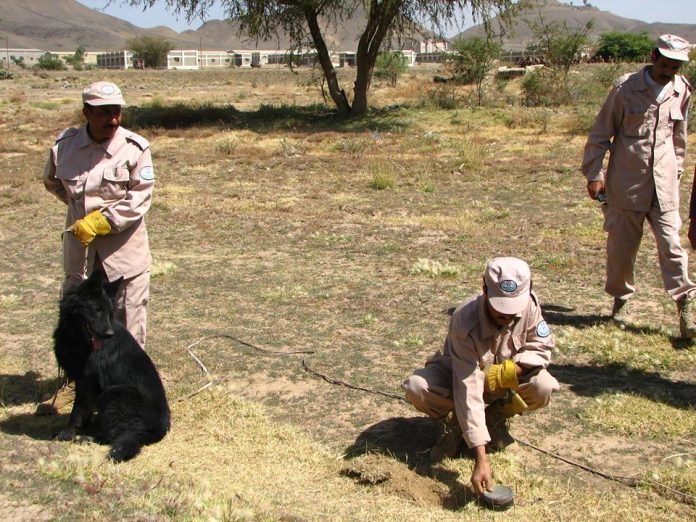 The ongoing conflict in Yemen has resulted in a growing contamination of explosive hazards such as landmines, improvised explosive devices, cluster munitions and other remnants of war. It has dramatically spread the overall geographic extent of contamination and the increased the technical complexities of removing it as more modern weapon systems have been employed.

The UN, through the UNDP, working with its national partner YEMAC (Yemen Executive Mine Action Centre), has been eradicating explosive remnants of war since the late 1990s. By 2012, Yemen was close to declaring itself free of contamination but the current conflict has put that day way out of sight. All 22 governorates are now contaminated, many with severe levels of threat.

Since February 2016, survey and clearance operations by YEMAC recommenced with UNDP support. The results are impressive: YEMAC has removed over 360,000 explosive remnants each one capable of causing death or severe injury; has over 700 operators working in the field; directly impacting the life of over 3 million people including IDPs; screened 2,500 injured victims and with UNHCR and UNICEF support reached millions of people through risk education projects. The scale of the figures speak for themselves. UN supported mine action is an enabler for the international community’s humanitarian response and saves many Yemeni lives.

Despite the progress, it is imperative that clearance activities are scaled up rapidly, particularly in areas of return to provide a safe environment for IDPs to settle. To do so, there is an urgent need for increased financial support as well as full, sustained and unhindered access for all mine action activities.

I would like to take this opportunity to commend the brave Yemeni de-miners working for their life-saving work and their persistence in the face of danger to make Yemen a safer place for all.