Home Articles This Yemeni City Risks Becoming The Next Aleppo. Will America Be Complicit? 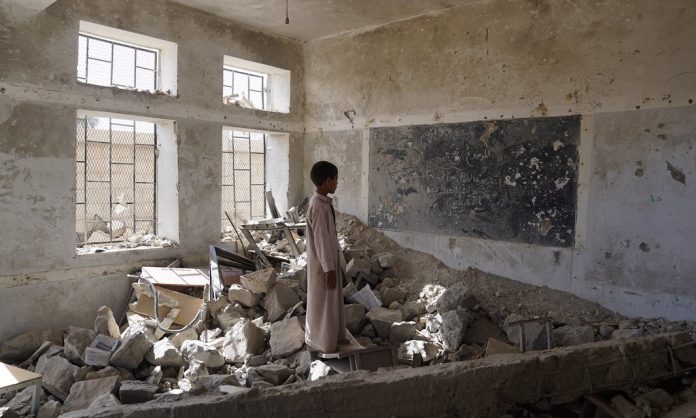 My life in Yemen is dominated by fear. As director of the Sana’a Center for Strategic Studies, and one of the few remaining independent voices in Yemen, I have been detained, seen colleagues assassinated, and buried friends killed by Saudi airstrikes. Now, half of my country faces famine.

Even as Defense Secretary James Mattis calls for a political solution to the war in Yemen, he has not warned Saudi Arabia and the UAE against taking the critical Yemeni port city of Houdeidah. Although debated within US policy-making circles, attacking Houdeidah would be a catastrophic error because it would expand the war and deepen the humanitarian crisis. It would allow al-Qaida and Isis to expand their influence in Yemen’s coastal areas. For the United States, that would amount to a strategic defeat.

Yemen’s war broke out in 2014. The Saudi-led intervention, backed by the United States, escalated the war. Now, the United States must use its leverage to force Saudi Arabia, the UAE, President Hadi, and the Houthis to the negotiating table to achieve a political solution to end the war.

Those urging greater escalation underestimate the risks on the ground. Taking Houdeidah will be much tougher than Saudi and Emirati military planners admit. Before taking the port, coalition forces will encounter a string of small and well-defended Houthi-held cities. Houthi forces are well-equipped, prepared for house-to-house fighting.

The low likelihood of military success would surely come at great humanitarian cost. Houdeidah’s port is Yemen’s lifeline, receiving approximately 80% of the aid that keeps its war-weary population alive. An attack would cause more civilian deaths and displacement, and further reduce access to food, safe drinking water, and medical care. Women and children would be hit hardest. Houdeidah would become Yemen’s Aleppo.

If the United States considers its primary goal to be defeating AQAP, an attack on Houdeidah makes even less sense. AQAP and other extremist groups have been absent from coastal areas. But if the Saudis and Emiratis failed to take Houdeidah, AQAP would expand into Yemen’s west coast – a significant strategic defeat for the United States.