Home Reports UNICFF Warns Of Outbreaks Of Cholera In Yemen 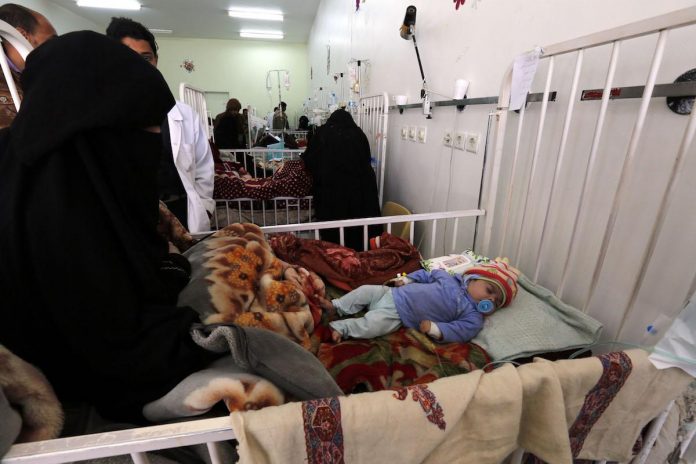 UNICEF warned on Monday of “outbreaks” of cholera rates in Yemen due to the continuing conflict that has caused the loss of tens of thousands of civilians’ lives.

In a statement on Twitter, the international children’s aid organization said: “Outbreaks of cholera and water and sanitation-related diseases increasing in war-torn Yemen.”

Other statements made by the UNICEF noted that one Yemeni child dies every ten minutes due to malnutrition, diarrhea and respiratory infections.

Moreover, UNICEF said in a previous report: “Today, 462,000 children are suffering from severe acute malnutrition and could die if not urgently treated,” noting that nearly 10,000 children under the age of five may have died from preventable diseases.

“Across the country, 17 million people – 60 per cent of the population – are food insecure. If we fail to respond, then more than 14 million people won’t know where their next meal will come from,” UNICFF added.

The report said that the UNICEF “estimated 14.5 million people will need help in 2017 to ensure access to safe drinking water and sanitation.”