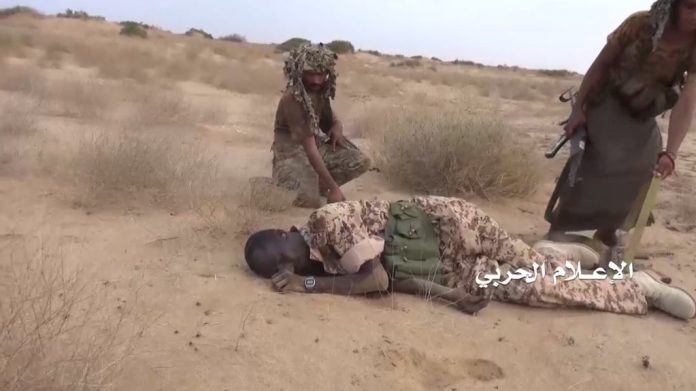 A military source confirmed the death and injury of more than 83 mercenaries from the Sudanese army in Midi .

The source told SABA  that the losses of the Sudanese army officers and soldiers fighting  with the aggression in Midi reached more than 83 dead and wounded, including four officers during the attempt to advance in north of  Medi desert by  the army and the Popular Committees  .