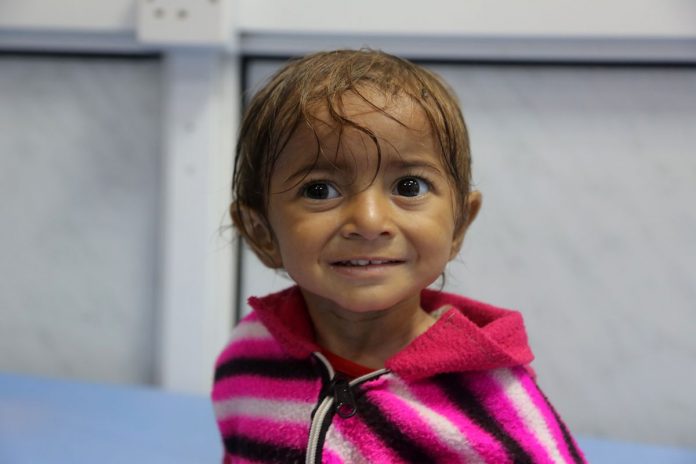 Saudi Arabia’s new blockade of Yemen is threatening to exacerbate what the United Nations has deemed the “worst humanitarian crisis in the world.”

For more than two and a half years, Saudi Arabia has spearheaded a brutal military operation in Yemen in support of its exiled government, which was ousted from power in 2014.

That military campaign — which is getting significant US funding, logistical support, and arms — has caused enormous suffering in what was the poorest nation in the Arab world even before the conflict broke out. The Saudi Arabia-led operations, which have included various restrictions on Yemen’s airspace and seaports, have caused the deaths of over 5,000 civilians, more than 20 percent of whom are children.

They’ve helped cause the worst outbreak of cholera in modern history. And they’ve contributed to a malnutrition crisis of colossal proportions: Close to 80 percent of Yemen’s population lacks reliable access to food, and the United Nations estimates that 7 million of the country’s populations of 28 million people are facing famine.

In recent weeks, the violence has somehow managed to take an even scarier turn, one that could herald a dangerous new phase in the war.

On November 4, after a Yemeni ballistic missile was fired towards Riyadh, the capital of Saudi Arabia. Saudi Arabia has reacted quickly, and harshly. And it tightened its blockade of Yemen, rendering it virtually impossible for humanitarian aid to reach Yemen’s air- and seaports.

Saudi Arabia has reacted quickly, and harshly. And it tightened its blockade of Yemen, rendering it virtually impossible for humanitarian aid to reach Yemen’s air- and seaports.

Human rights groups immediately condemned the blockade as inhumane, and the UN warned that halting food aid would starve millions. In the past week, Saudi Arabia has indicated that it’s taking steps toward a partial lift of the blockade, but humanitarian organizations say it’s not enough, and want Riyadh to lift the blockade entirely.

A partial lift, they say, will still push at least 3 million more to the brink of starvation, and could result in the deaths of hundreds of thousands of children.

The Saudi-led military offensive against Yemen that began in the spring of 2015 has been brutal.

Airstrikes have targeted civilian areas like marketplaces, hospitals, rehab centers for the blind, and funeral homes. Human Rights Watch has documented at least 16 attacks in which the coalition has used cluster bombs banned under international law. Destruction of the country’s infrastructure has caused the spread of easily preventable diseases like cholera. The economy has been brought to a nearly complete standstill.

And the restrictions it has placed on air and sea travel in and out of the country has hampered the flow of vital medical supplies, food, and fuel. The International Aid Group estimates that 130 children die a day due to extreme hunger and disease.

The UN reports that the blockade could be causing an uptick in the spread of disease already. It also estimates that a partial lift of the blockade will still cause the death of 150,000 malnourished children in the coming months who might have otherwise survived.

Despite international criticism, Saudi Arabia doesn’t feel rushed at the moment, and that’s mainly because throughout this conflict it has had the blessing and support of the US.