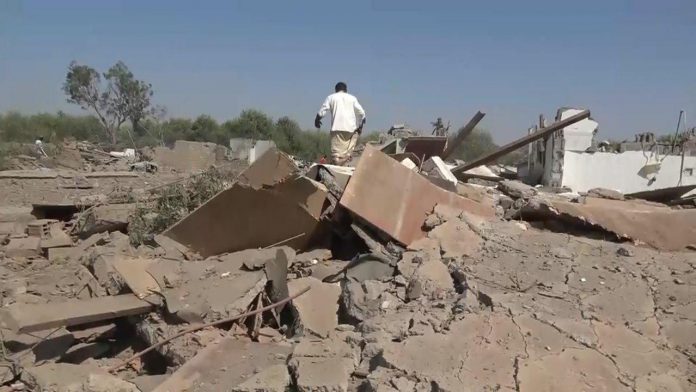 Saudi-American aggression warplanes launched 26 air raids on several Yemen’s provinces and Asir over past 24 hours, while the border districts of Razih, Ghamr and Mnbh were hit by Saudi enemy artillery and rockets.

A military source told SABA that the aggression air forces carried out five air strikes on Kitaf area, an air raid on Baqam and another air raid on Razih district of Sa’ada province.

The source indicated that the properties of citizens were damaged due to the rocket and artillery bombardment of Saudi Arabia on Manbah , Ghor and  directorates of the same province.

The same source added that the Saudi-led coalition carried out three raids on a car repair shop in the capital Sana’a and 12 raids on Harad and Midi districts of Hajjah province, and launched two raids on the Central Security Camp in Taiz province.

The source stated that the hostile warplanes waged two raids on Majaza’a area in Asir region.