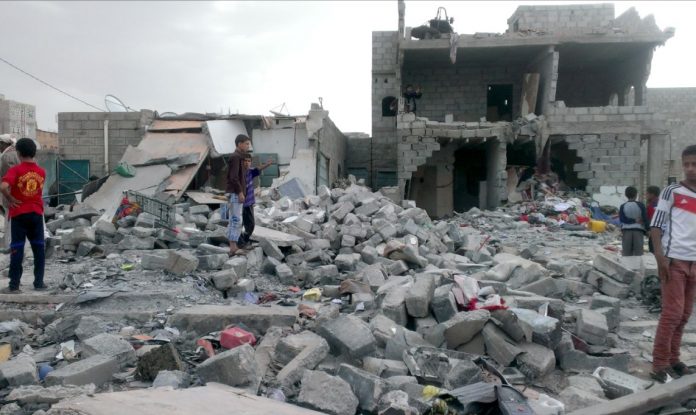 US-Saudi aggression  warplanes intensified their raids  during the past 24 hours, launching more than 64 raids in six provinces in addition to Jizan .

The air strikes targeted with three raids Sa’ada-Sana’a  road , while missiles and a Saudi gunman targeted different areas of the border district of Shada .

According to the source, the US air force launched more than 25 raids on different areas in Jizan .