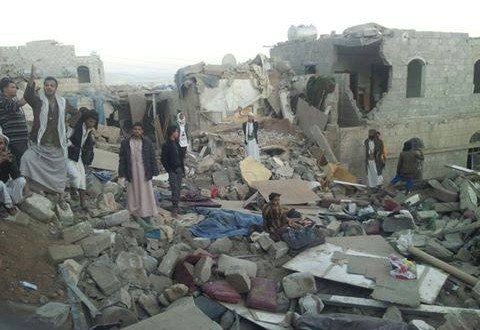 The Saudi-American  warplanes launched 20 raids on five provinces , while the two districts of Razih and Menbah in Sa’ada were hit by a rocket and a Saudi gun .

A military source told the Saba news agency that the air aggression launched six raids on the area of ​​Gammer in the directorate of Razih, Sa’ada province, damaging the property of citizens .

The source said that the air aggression launched nine raids on Midi and Harad in Hajjah province , and launched a raid on the director Harf Sufian, in ‘Amran province .