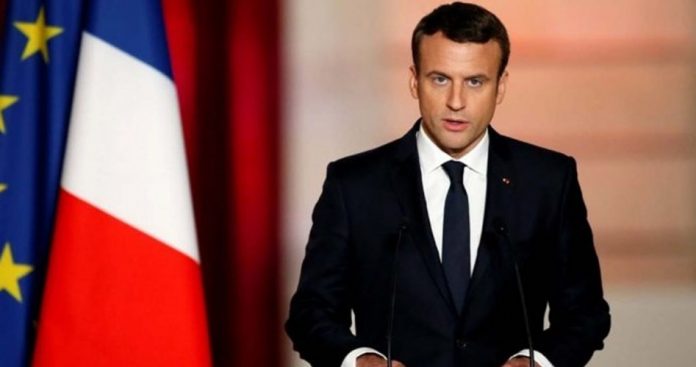 President Emmanuel Macron has faced mounting pressure from critics in France over the deliveries, particularly after a recent leaked intelligence report showed that French weapons were being widely used in the aggression on Yemen.

“Saudi Arabia and the United Arab Emirates are allies of France and allies in the fight against terrorism. We accept responsibility for that,” Macron told reporters when asked about the arms sales.

The Action of Christians for the Abolition of Torture (ACAT) has therefore filed Thursday, May 9 an urgent appeal to the Administrative Court of Paris to prevent the departure of Le Havre (Seine-Maritime) from a Saudi cargo ship in charge of weapons that could, according to the NGO, be used in this deadly war.

It was anchored around 30 kilometres (18 miles) from the port on the Channel coast on Thursday afternoon, tracking website MarineTraffic showed.

Leftwing lawmakers stormed out of parliament on Tuesday in protest after Genevieve Darrieussecq, secretary of state for the armed forces, said there was “no proof these weapons are being used against civilian populations.

The French state cannot ignore that these weapons can be used to commit war crimes in Yemen, where more than 400,000 civilians are potentially under fire,” said ACAT attorney Joseph Breham.