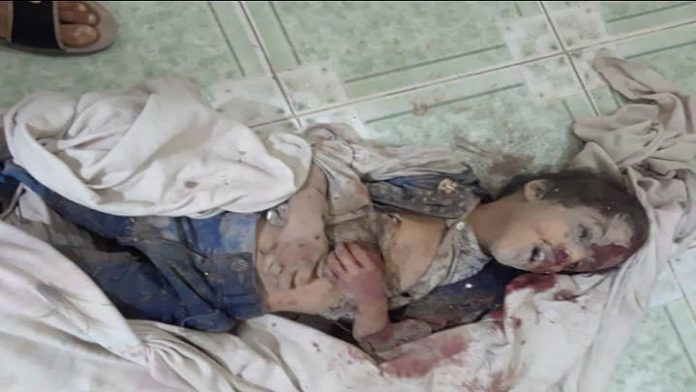 The Ministry of Health and Population said on Saturday that the death toll from  Saudi-led air strike on civilians’ homes in Qatabah district of Dhalea province has risen to 24 dead and wounded, mostly women and children.

“At least six children and women were killed, and 11others children and five women, including one pregnant woman and a man were wounded in Saudi-led air strike on civilians’ homes in Qatabah district of Dhalea province, “the ministry said in a statement.

The ministry has blamed the leaders of Saudi–led coalition, including the US and Britain, and all those who have sold arms to the Coalition for the consequences of crimes committed against humanity in Yemen.

The Statement denounced the silence of the United Nations, which has persisted in its deep slumber for four years and two months towards coalition crimes committed against the Yemeni people.

It stressed that “we have the right to respond to this crime and to prosecute the perpetrators of crime in all international courts and forums because this crime amounts to a war crime.”

This crime comes in the context of the daily crimes committed by Saudi-led coalition against Yemenis over four years ago amid silence and international complicity.