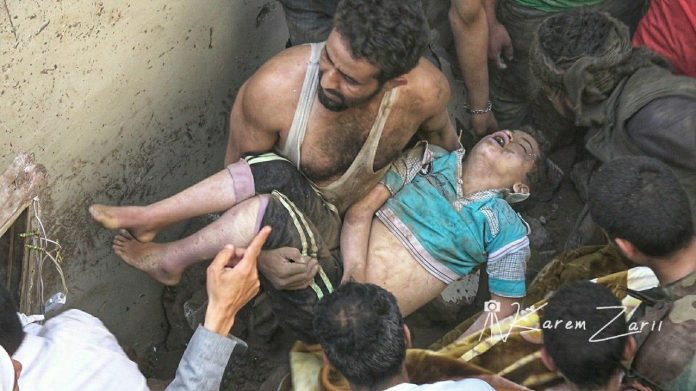 The spokesperson for the Ministry of Health, Dr. Yousef Al-Hazzari, said that the raids of the Saudi-American aggression, which targeted a residential neighborhood at the intersection of Rabat and the streets of downtown Sana’a, increased to 32  citizens dead and wounded.