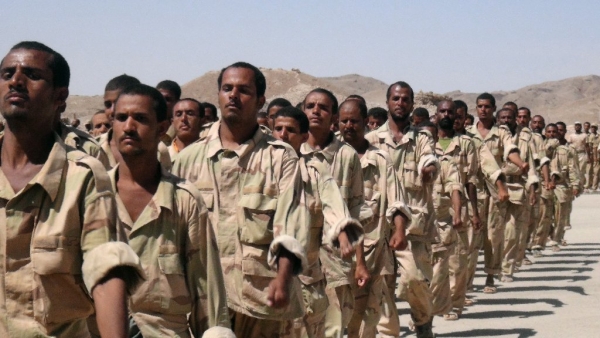 Eight paid mercenaries died inside an alliance camp supervised by Saudi forces in Al-Wdea’a  which is mobilizing mercenaries to fight on the Saudi-Yemeni border.

An official military source at the coalition camp said that five soldiers were killed yesterday and three others were injured yesterday.

The source said medical reports on the deaths of the soldiers indicated that the deceased had been bitten by snakes and poisonous reptiles inside the camps of soldiers receiving military training.