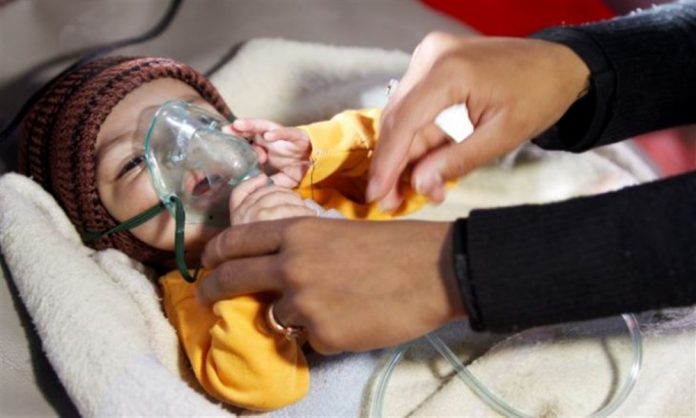 There have been more than 460,000 suspected cases of cholera in Yemen so far this year, compared to 380,000 cases for all of last year, reported Xinhua News Agency, quoting a United Nations (UN) spokesman.

Farhan Haq, deputy spokesman for UN Secretary-General Antonio Guterres, said that out of the suspected cases there already have been 705 deaths this year, compared to 75 in the same period last year.

Moreover, approximately 200,000 children are suspected of contracting the disease in 2019, according to Haq.

“Recent flash flooding accelerated the spread of cholera across the country, which has also been exacerbated by poor maintenance of waste management systems and lack of access to clean water for drinking or irrigation” he added.

The United Nations and its partners are running nearly 1,200 cholera treatment facilities around Yemen

“The Yemen Humanitarian Response Plan requires US$4.2 billion to deliver humanitarian assistance to more than 20 million people this year,” the spokesman said. “As of today, only 32 per cent of those requirements have been met.”

Experts said that the war on Yemen has brought the country to the brink of famine.