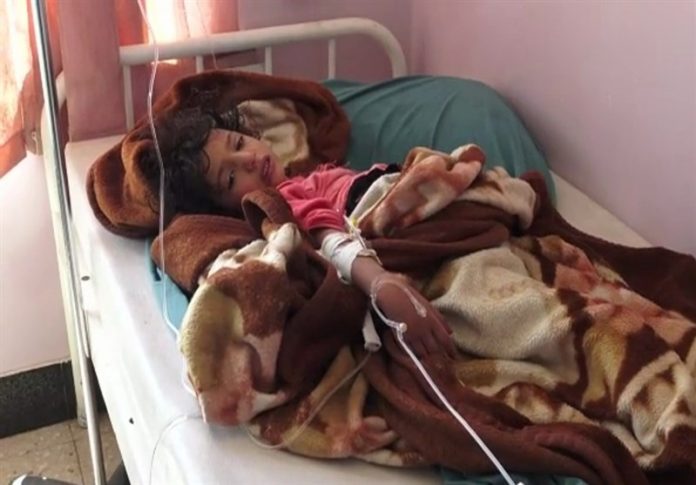 Yemenis are dying from cholera, hunger and other ills because Saudi Arabia and the United Arab Emirates (UAE) are not making good on funding pledges they made earlier this year, a top United Nations official warned.

Mark Lowcock, the UN’s emergency relief coordinator and under-secretary-general for humanitarian affairs, told the UN Security Council while most of the 40 countries that made pledges in February had stumped up aid cash, Abu Dhabi and Riyadh were holding out.

“Those who made the largest pledges – Yemen’s neighbors in the coalition – have so far paid only a modest proportion of what they promised,” said Lowcock, referring to the coalition of the UAE and Saudi waging war on Yemen, Al Jazeera reported.

Governments promised a combined $2.6bn in February, including $500m each from mega-donors Abu Dhabi and Riyadh.

Cash shortfalls have left UN-backed aid teams unable to carry out vital work in Yemen, where the Saudi-led war has forced millions from their homes and left 24.1 million – more than two-thirds of the population – in need of aid, said Lowcock.

Work on 30 new feeding centers in the most famine-stricken parts of Yemen has ground to a halt, and as many as 60 centers could shut their doors in the coming weeks, risking the lives of some 7,000 malnourished children, he added.

Nearly 500,000 cholera cases have been reported already this year, a big increase from the 380,000 cases reported during all of 2018 and an indication the infectious bug was spreading again.

Saudi Arabia’s four-year war on Yemen has killed tens of thousands of people and left millions on the brink of famine.