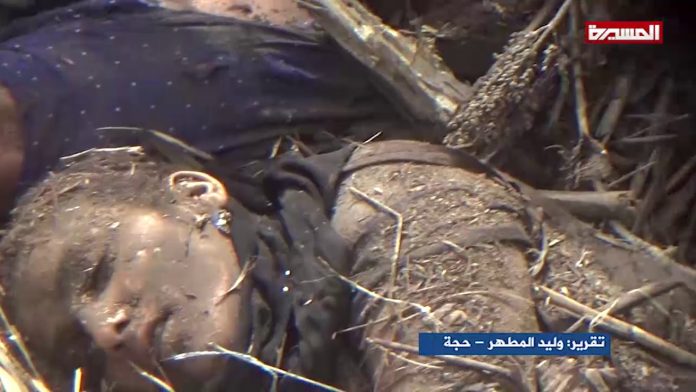 The Ministry of Human Rights held the international community, especially the Security and Human Rights Councils full responsibility for the direct military operations carried out by the countries of the aggression coalition on the property of citizens .

The ministry said in a statement that “at a time when the Islamic world was approaching Allah in the morning of Eid al-Adha with sacrifices, the countries of the aggression coalition decided to sacrifice with Yemeni children and women from a family of a displaced person from Mstba Directorate of the province of Hajjah.”

The statement condemned this crime, which killed nine people, including five children and a woman and 16 wounded.
The statement pointed out that this crime comes within the series of crimes and violations committed by the coalition of aggression for nearly four and a half years against citizens in their homes and communities.

The Ministry renew its calls for the United Nations and the Security Council to take their legal and humanitarian duty to maintain international peace and security.