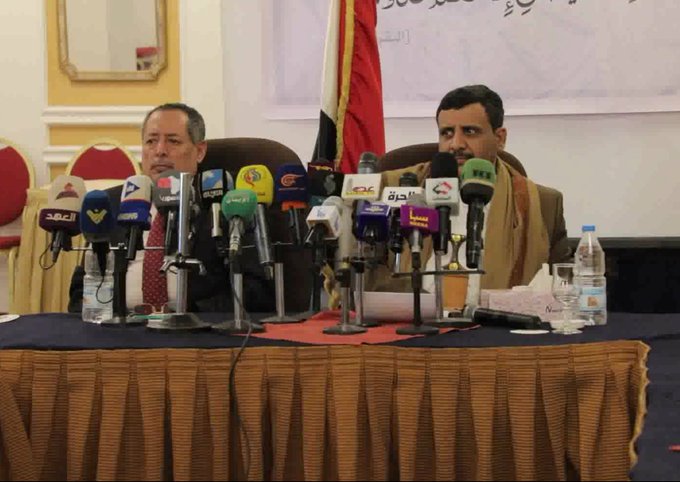 The Comprehensive National Reconciliation and Political Solution Team has on Sunday inaugurated its works in the capital Sana’a, by holding its first meeting under the chairmanship of the team’s chief Yousef Abdullah al-Fishi.

At the meeting, which was attended by the team’s deputy chief Ali bin Ali al-Qaisi, al-Fishi said that the task of the national reconciliation team is the translation into practice of what was contained in the national vision for building the modern Yemeni state.

“The team aims to reach purely Yemeni solutions to political problems that all had resulted from the foreign intervention,” al-Fishi said.

“The team is homogeneous and with unified objectives, and it is formed from national forces representing the goals and principles of the political solution,” he added.

Al-Fishi affirmed the Yemenis’ ability to achieve a national reconciliation to run a successful political process by taking advantage of the current experience in light of the aggression and siege.