Home Reports Ministry of Industry: Detention oil and food ships is a genocide 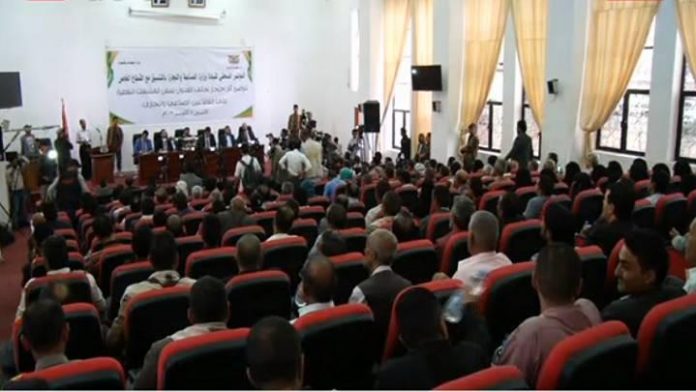 Minister of Industry and Trade Abdul-Wahab Al-Durra said on Monday that the detention of oil and food ships and the siege of Sanaa airport is a genocide crime that will stop factories, industrial facilities and thousands of manpower.

He pointed out that “ the continuation of aggression and the blockade of land, sea and airports, and the detention of oil tankers will lead to disruption of all vital sectors as health, water, sanitation, electricity, food and pharmaceutical industries, worsening the economic and living conditions of citizens and the spread of diseases and epidemics.

The Minister of Industry and Trade stressed that the detention of oil derivatives and food ships and the closure of Sana’a International Airport is a major crime against the Yemeni people and a violation of international humanitarian law.

“This would cause disastrous conditions in various aspects of life and would stop thousands of factories and industrial and commercial facilities and thousands of labor.”

The Minister of Industry and Trade condemned the international silence, which encourages the aggression coalition to continue its aggression and siege and to commit more crimes and cause more losses suffered by the industrial and commercial sectors.