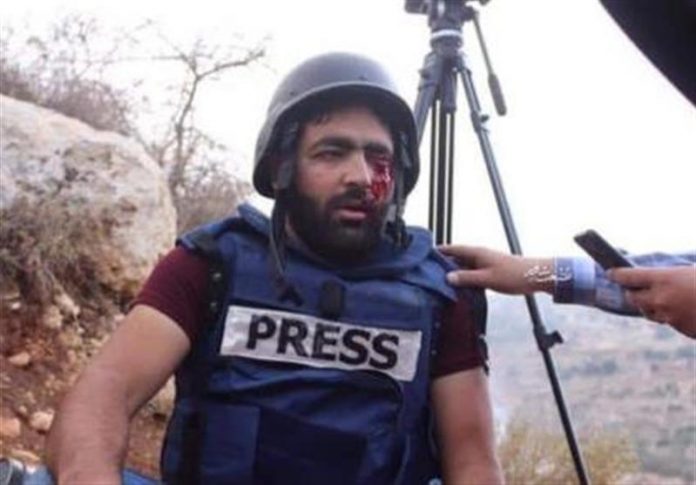 The International Federation of Journalists (IFJ) and the Palestinian Journalists Syndicate (PJS) denounced a recent Israeli attack on a journalist in the south of the occupied West Bank.

Photo-journalist Moath Amarneh lost sight in his left eye after being seriously injured by a rubber bullet, fired by an Israeli soldier.

Amarneh was covering a protest against land confiscation, in the Surif region of the al-Khalil governorate. He was rushed to the hospital for emergency treatment.

In a statement on Friday, the PJS condemned the attack, describing it as “a deliberate targeting by the Israeli army of a colleague wearing a bullet-proof vest marked PRESS.”

It also called on “international institutions to act quickly to stop this violence against the press in Palestine”, the Palestinian News and Info Agency reported.

Anthony Bellanger, IFJ General Secretary, said, “Once again, the IFJ deplores the attacks on Palestinian journalists by the Israeli military. The IFJ recalls that international law applies everywhere and that no government is above it.”

Bellanger further stated, “It is now time for the United Nations General Assembly to adopt the Convention for the Protection and Safety of Journalists so that the impunity enjoyed by predators of press freedom and democracy can end in Israel as elsewhere.”