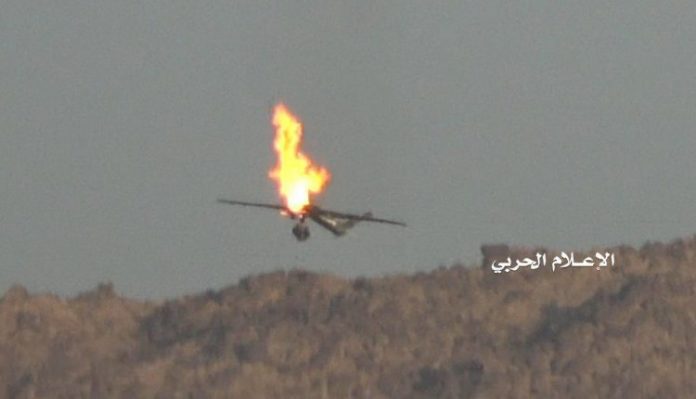 The air defencew of the Yemeni army and Popular Committees have on Tuesday shot down a drone belonging to the Saudi-led coalition off Najran, Yemeni army spokesman Brigadier General Yahya Sare’e said.

According to the military spokesman, the air defences shot down a reconnaissance aircraft in Al-Sawh area, while it was carrying out surveillance and hostile missions inside Yemeni territory.

He confirmed that a Boeing Insitu ScanEagle Spy Drone” was downed, while it was carrying out surveillance missions in Asir.

ScanEagle drones are worth 11.25 million dollars a piece. The device is an autonomous unmanned aerial vehicle (UAV), that locates targets from the air.