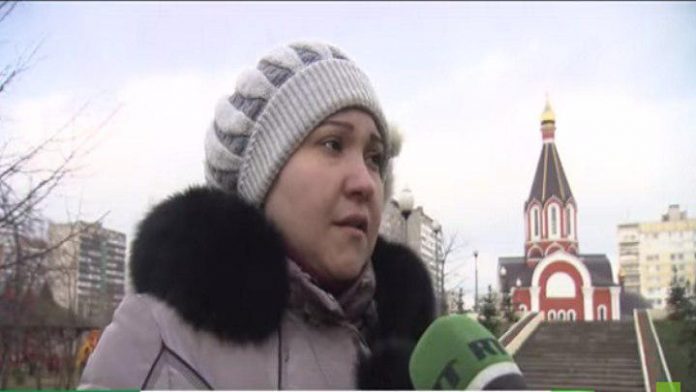 A Russian national had reported that a man and a woman working for a relief organisation have visited the building where journalist Abdullah Sabri, president of Yemeni Media Union  lived,  three days before it was hit by an airstrike.

Dr. Shams al-Nuaimi told Russia Today’s Arabic-language channel: “Neighbours told us that a man and a woman from a relief organisation came to the building asking about its residents, looking for a journalist who worked for a media outlet affiliated with the Houthis and three days afterwards the building was bombed by an airstrike.

Shams al-Nuaimi, a Russian national and her family, recently arrived in Moscow after the Russian Foreign Ministry intervened to evacuate them from Yemen.

Her husband, Awsan Beleid, told the channel the aftermath of the Saudi coalition airstrike on al-Raqas neighborhood in the capital Sanaa in mid-May 2019.

Shams, who was injured in the raid, said: ” We have lost everything in this fierce war waged by the Saudi-led coalition, and we were going to lose our lives.”

“We miraculously survived and were freed from the rubble, but the traces of shrapnel and burns still fill our bodies, ” she added.

“But the building is inhabited by families near a school, and this [the presence of a pro-Ansarullah journalist] does not justify the brutal bombing and the killing of innocent people. It’s terrible and inhumane,” she said.

On The 11th of Ramadan, the invadint coalition targeted al-Raqas residential neighborhood in an airstrike that killed and injured dozens, including four children from the same family.

The criminal report issued by the Interior Ministry revealed that the center of the rocket explosion that hit the building of Hajj Hassan al-Ezi was the apartment where journalist Abdullah Sabri and his family live.

This confirms the deliberate targeting of the civilian journalist, contrary to the claim made by the coalition spokesman, who claimed at the time that the raid was a “mistake”.