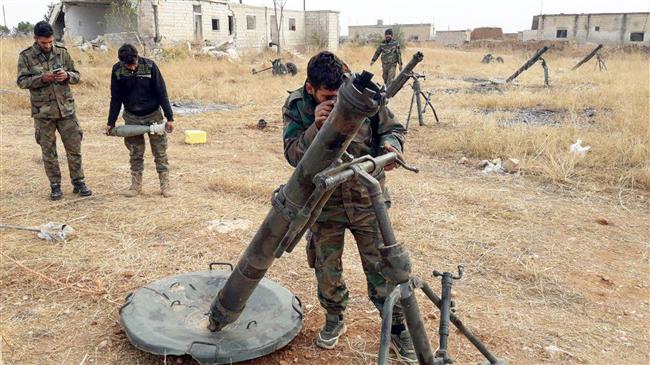 At least 40 Syrian soldiers have been killed and 80 others wounded in a multi-pronged attack by militants in the northwestern province of Idlib.

SANA said the Jabhat al-Nusra terrorist group, formerly known as al-Nusra Front, launched the attacks with the use of various types of weapons, including booby-trapped vehicles, to break through some of the army’s positions in the areas of al-Samaka and al-Tah in Idlib.

The agency added that the Syrian army units redeployed and stopped the attackers from further advancing.

Clashes were still ongoing between the army and Jabhat al-Nusra terrorists along the lines of confrontation, according to SANA.

On Wednesday, the Syrian army units had responded to earlier attacks by the terrorist group on several areas in Idlib, inflicting heavy losses on them in terms of the personnel and equipment.