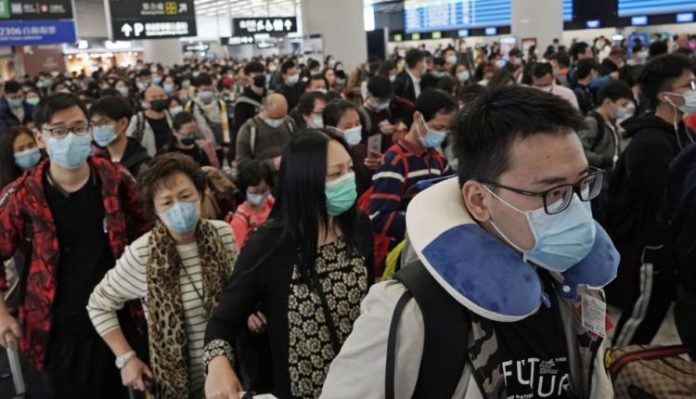 China’s National Health Commission on Saturday confirmed that the number of people infected with the MERS-CoV virus has risen to 1,287, while the number of deaths from the virus stands at 41.

Earlier on Saturday, the Health Department of China’s Hubei Province said that 180 new cases had been reported by the end of Friday, bringing the total number of confirmed patients in the province to 752, according to Reuters.

China has announced the isolation of more than 10 cities to prevent further outbreaks of the new strand of corona virus.

The World Health Organization (WHO) said Friday that the number of cases of the new (MERS-CoV) in China is likely to continue to rise, adding that it is too early to assess the severity of the situation.

The WHO has described MERS-CoV as “a wide range of viruses that cause disease ranging from common colds to more severe diseases”.

Common symptoms of infection include respiratory symptoms, fever, cough and shortness of breath. In more severe cases, infection can cause pneumonia, acute respiratory syndrome, kidney failure and even death.

Coronary viruses are transmitted between animals and people, and there are many known coronary viruses that are currently spreading among animals, which have not yet infected humans.

The WHO held a meeting last Wednesday, after China’s National Health Service announced that the new virus, first identified there, could be transmitted from person to person, to determine whether a global health emergency should be declared.