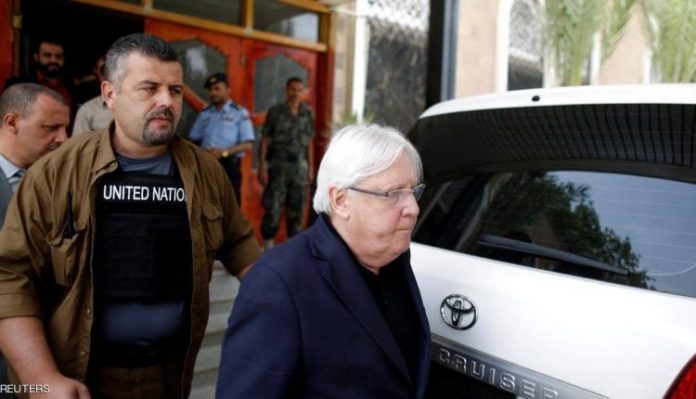 Special Envoy of the Secretary-General of the United Nations to Yemen Martin Griffiths and his Deputy Moin Shreim left Sana’a on Friday.

During his visit to Sanaa, Griffiths discussed with Leader of the Revolution Sayyed Abdulmalik Badr Al-Din al-Houthi the continuing obstacles and attacks by Saudi-led coalition countries, which stand in the way of peace efforts, in addition to the continuation of the blockade and the detention of fuel, medicine and food ships by the aggression coalition, which has catastrophic affects on the Yemeni people.