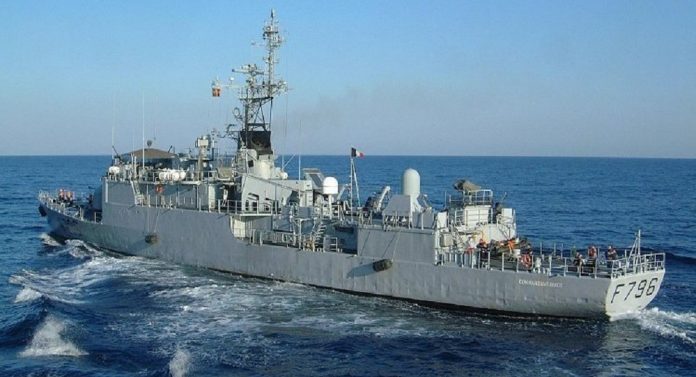 Human rights groups said Wednesday that a cargo ship could soon dock in France to pick up weapons for Saudi Arabia’s offensive in Yemen, urging French officials to ensure the arms will not be used to target civilians.

NGOs had succeeded in preventing the same Bahri Yanbu vessel from docking in France last May when it was set to receive a weapons shipment for Riyadh that sparked an outcry among activists.

France has come under fire for maintaining arms sales to the Saudi government even as it pursues a nearly five-year offensive.

The war has claimed tens of thousands of lives, most of them civilians, according to nongovernmental groups.

The U.N. has classified the Yemen war as the world’s worst humanitarian crisis and warned France, the U.S., and the U.K. that they could be held responsible for potential war crimes committed by the Saudi-led coalition, including indiscriminately killing civilians and using starvation as a weapon of war.

A group of 17 NGOs, including Human Rights Watch and Oxfam France said the Bahri Yanbu, would dock in Cherbourg on France’s northern coast on Thursday, with stops also scheduled in Sheerness, Britain, and in Genoa, Italy.

They called on France to identify what would be loaded onto the Bahri Yanbu, which they say has an exclusive contract with the Saudi defense ministry.

If they are weapons, the NGOs demand “the guarantees France has that they will not be used illegally against Yemeni civilians.”

There has been no official comment on the nature of the shipment from the French government.

The French government has claimed there is no proof that civilians are being targeted by Saudi Arabia, one of the biggest purchasers of French military equipment in the Middle East.

But the U.N. and other observers have reported that the coalition’s bombing campaign has been indiscriminate and that civilian infrastructure has been targeted.