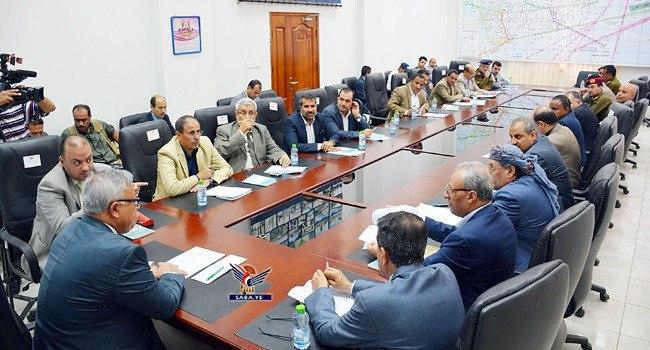 A government meeting in Sanaa on Sunday was chaired by Prime Minister Abdulaziz bin Habtour to approve a plan to mark of the fifth anniversary of steadfastness in confronting the Saudi-led aggression coalition and siege on Yemen.

At the meeting, the officials approved the plan that included the arrangements and activities for the central event to mark the steadfastness day that will be held in the capital Sanaa and other provinces.

The cabinet affirmed that the plan would be focused on the direct and indirect damages, casualties and infrastructure caused by the aggression and its blockade on the Yemeni people for five years.

The meeting stressed on the importance of strengthening the national cohesion and continuing to enhance the internal front and to consolidate stability for repulsing the aggression and its crimes committed against the Yemeni people.