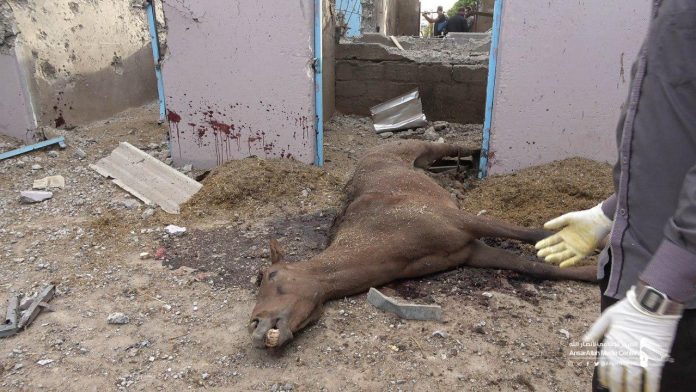 “There are unexploded objects, left over from the bombing remnants, which are still present in the horse stables, indicating the magnitude of the crime,” Shaizer said

Medical personnel are working to extract shrapnel from wounded horses with help of many veterinarians, he added.

According to Shaizer, the Military College worked to transfer the horses from the destroyed stables to a nearby site and to speed up bringing food and medicine for the horses after the warehouse of food was destroyed by the raids.