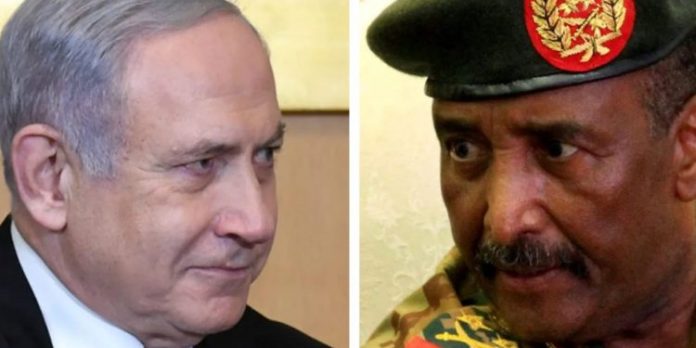 Israeli Prime Minister Benjamin Netanyahu has on Sunday talked with the Chairman of the Sudanese Sovereign Council, Abdel Fattah Al-Burhan, as well as the President of Chad Idriss Deby, according to his media office.

During the call, they discussed ways to strengthen relations between the countries.

Israeli Prime Minister’s office said on Twitter that Netanyahu had made several contacts in recent days with the leaders of Chad and Sudan, discussing potential strengthening of ties.

The office confirmed that many Islamic states are in the process of establishing diplomatic relations with the Zionist entity. This would be in violation of several decades of Islamic activism against the Zionist occupation of Palestine.

In early February, Netanyahu and al-Burhan met secretly in Entebbe at the residence of Ugandan President Yoweri Museveni, and agreed to gradually normalize relations, Israeli media reported, which said the meeting represented a sharp shift between the two countries.