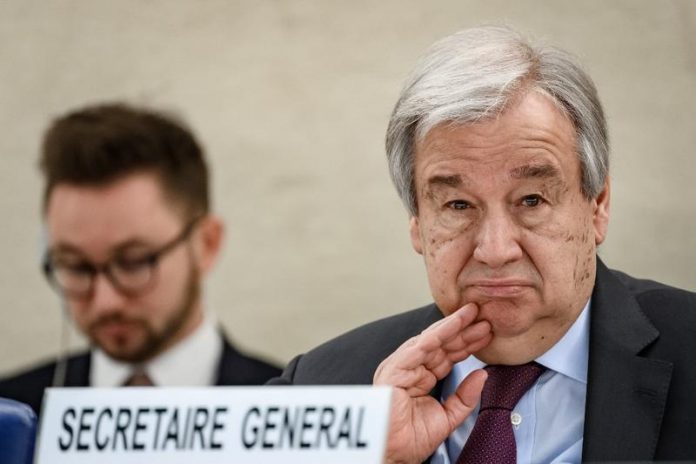 The United Nations decided to remove the countries of the coalition led by Saudi Arabia and the United Arab Emirates from child rights blacklist.

The UN resolution coincided with the Saudi coalition’s committing a new massacre of civilians in Yemen which killed four children among 13 civilians when two coalition airstrikes hit a car on Shada district highway in Saada province on Monday.

United Nations Secretary General Antonio Guterres announced on Monday the released of the United Nations annual report on children in conflict without the inclusion of Saudi coalition countries in the list of violators of children’s rights.

The organization said in a statement on Monday night that excluding the countries of the war coalition in Yemen from the list of shame questioned its mechanism.

Amnesty International did not find a justification for the decision, and alluded to the United Nations yielding to pressure from the coalition countries, saying “Perhaps Guterres was hoping that the media would be busy and that no one noticed this political move with distinction.”