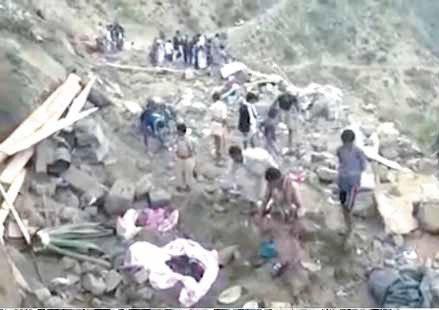 The death toll from a Saudi-led coalition airstrike attack on Hajjah province on Sunday has risen to 11 civilians, most of them children and women.

Security sources explained that the aggression  targeted the house of Nayef Majali in the district of Washhah, which led to the destruction of the house with its residents still inside.

The sources confirmed that the crime resulted in the death of nine members of the Majali family, all women and children, in addition to injuring two others.