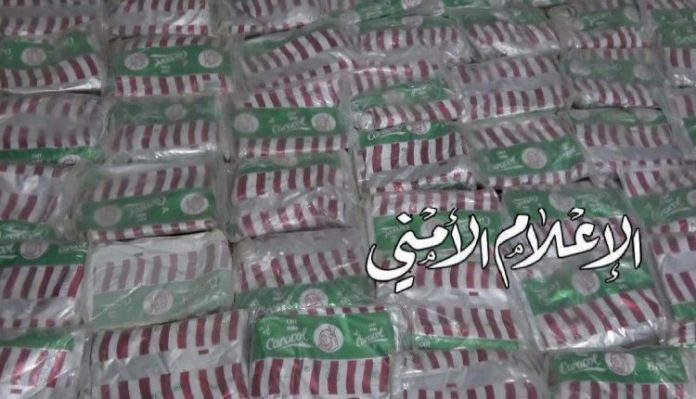 The security forces seized on Saturday 691 kg of narcotic hashish in Bayda province.

The anti-smuggling unit explained that the amount of hashish was seized on a truck in al-Sawadia district, coming from occupied Aden province.

The anti-smuggling unit also stated that the drug hashish was in the form of molds, packed inside large bags inside a refrigerator and hidden under a cargo of fish.