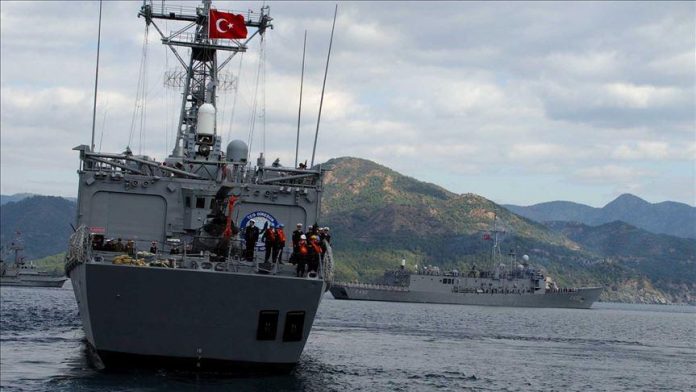 Turkey has announced its intention to deploy forces in the Gulf of Aden and the Arab Sea under the pretext of “fighting piracy”.

The Turkish Defence Ministry said in a statement on Saturday evening that it is to send a military frigate to the Gulf of Aden by next September.

Turkey justified this step by stating it will lead the naval tasks of the so-called “common tasks forces” (CTF-151) in the Gulf of Aden and the Indian Ocean, although it had assumed the leadership of those forces last June, according to an earlier announcement from Ankara.

Observers see that this step was expected, especially because the pro-Turkish factions are fighting a fierce conflict with the forces loyal to the UAE in the Yemeni provinces of Shabwah and Abyan.

Activists from the Yemeni Islah Party have campaigned over the past month to promote Turkish military intervention in Yemen, observers stated.

To create justifications for any possible military intervention, Turkey has sent a memorandum to the UN Security Council, denouncing what it described as “war crimes committed by the UAE in Yemen.”

It is worth noting that Turkey has a large military base on the coast of Somalia, that it could easily use for any military operations in Yemen due to its geographical proximity.