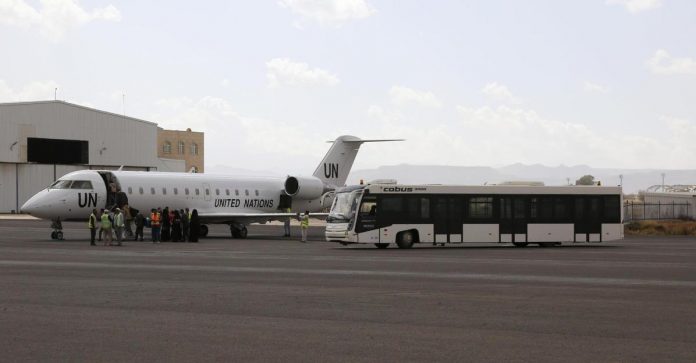 Children’s rights organisations UNICEF has caused severe discontent in Yemen by sending a private plane to evacuate a child of one of its own staff members from Yemen, while thousands of suffering Yemeni children have been awaiting transport abroad for urgent medical care for months.

The Ministry of Health in the National Salvation Government has demanded the evacuation of at least seven children suffering from deadly diseases, pointing out that thousands of children are suffering as a result of the siege imposed by Saudi-led coalition and are in need of emergency care.

In a memorandum sent by the Ministry of Health to the UN Humanitarian Coordinator, the ministry expressed its hope that these seven cases would be transferred, along with the one child for which a private plane has already been sent.

About two months ago, UN Humanitarian Coordinator Lise Grande sent a private plane to Sana’a International Airport to transport her private driver out of Yemen because he was infected with Covid-19.

This is in shrill contrast with the fact that the United Nations has repeatedly ignored distress calls from Sana’a asking for action to lift the blockade on Sana’a International Airport in order transfer critical cases for life-saving medical care abroad.