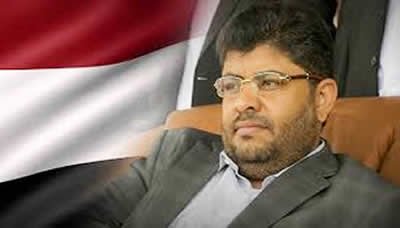 Leading member of the Supreme Political Council, Mohammed Ali al-Houthi expressed Yemen’s solidarity with the government and people of Lebanon in the explosion in Beirut’s port area.

“We offer condolences to the families of the victims and wish the safety of the wounded, we are present to assist our brothers in the Lebanese Republic as available,” Mohammed Ali al-Houthi said in a tweet on Tuesday.

He called on Yemenis living in Lebanon to donate blood to the victims of the blast in response to the appeal of the Lebanese Prime Minister and the Lebanese Ministry of Health, as well as to contribute to relief work in coordination with the responsible authorities there.