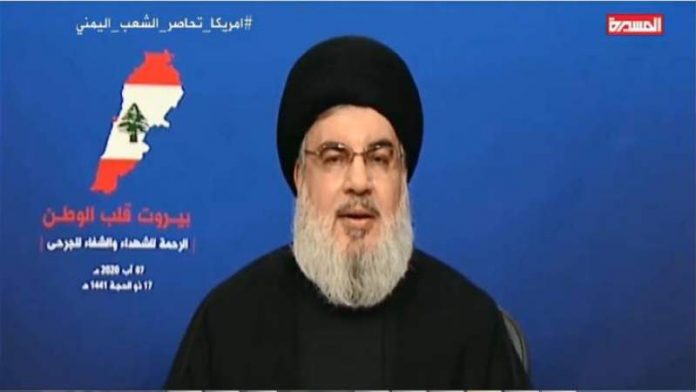 Secretary General of Lebanon’s Hezbollah resistance movement Sayyed Hassan Nasrallah has urged an impartial investigation into the blast that rocked Beirut on Tuesday.

Speaking in a televised speech on Friday, Nasrallah said those responsible for the deadly disaster had to be held to account regardless of their affiliations.

He stressed that the probe should have neither political nor sectarian motives.

Describing the blast as a massive humanitarian and national catastrophe, the Hezbollah chief called on all the Lebanese to unite to overcome the ordeal.

He also dismissed as “injustice” media speculation in the early hours of the tragedy that Hezbollah had stored missiles in the port, adding that those accusations aimed to incite the Lebanese people against the resistance group.

Nasrallah rejected the claims, and said those media outlets that spread the allegations had had political motivations and sought to incite a civil war in Lebanon.

The Hezbollah chief also expressed the resistance group’s readiness to help all the victims of the explosion. “We are ready to shelter the homeless families and to provide them with alternative housing,” he said.