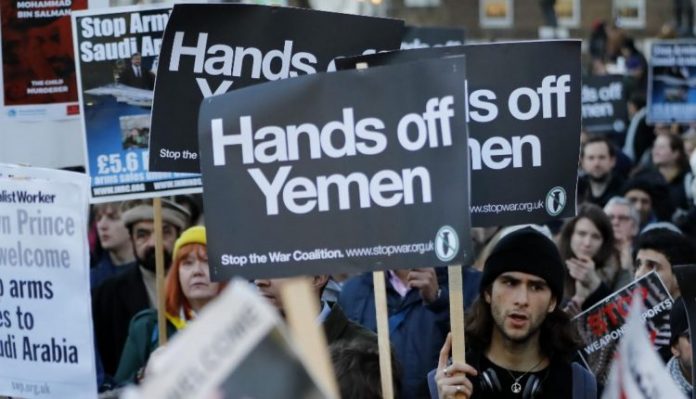 Censorship concerns are mounting in Britain after the Council of Europe issued a level-two press freedom alert over a UK Ministry of Defense decision to blacklist Declassified UK, a military and foreign policy news website.

Declassified UK discovered on 25 August that had it had been blacklisted by the MOD because of its coverage of the war in Yemen. It had just submitted a request for comment on the arrest the day before of British-Yemeni soldier Ahmed al-Babati for his protest in London against UK arm sales to Saudi Arabia.

The UK in early July resumed licensing new arms sales to Saudi Arabia, which is leading a coalition fighting against Yemen.

The Council of Europe’s level-two press freedom alert means the UK government must provide a formal response to why it blacklisted Declassified UK over its coverage of the war in Yemen.  The 47-member Council of Europe, which is distinct from the European Union, has the stated aim of upholding human rights, the rule of law and democracy in Europe.

Mark Curtis, the editor of Declassified UK, said the “Council of Europe’s alert is significant, since it now highlights international concern, from a respected body, about the MOD’s stance towards an independent media organization”.

Curtis said the MOD stopped providing comments to Declassified UK after it published a story on how Britain’s security services had been training intelligence officers from Saudi Arabia and Egypt.