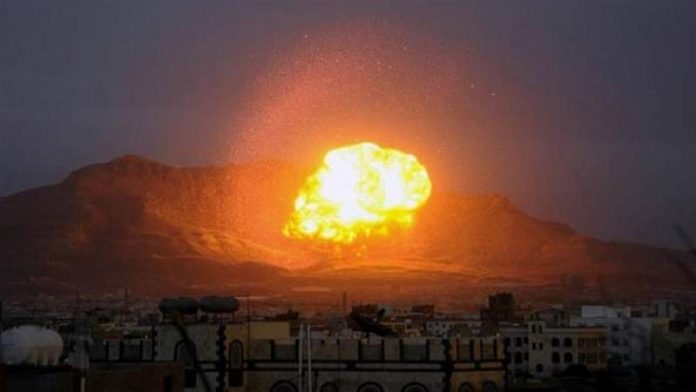 The US-backed Saudi-led aggression warplanes have launched a series of airstrikes on the Yemeni capital Sana’a and its nearby regions.

The coalition air force carried out five airstrikes on the surroundings of Sana’a International Airport, and two raids on a maintenance camp in al-Nahda neighborhood in the district of al-Thawra, north of the capital Sana’a, as well as launching three raids on al-Arawq neighborhood in Bani al-Harith district.

On Saturday, the Saudi-led coalition launched six raids on the Military Engineering Department in The Sa’wan area of Sha’ob district in the capital Sana’a, and another air raid on the farm in the village of Sarf in Bani Hashish district.