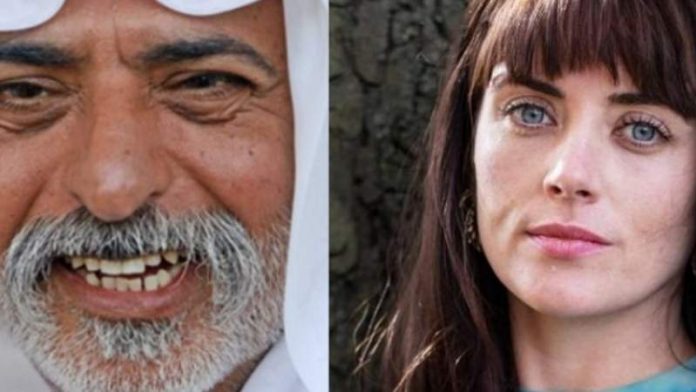 The Financial Times re-highlight on the harassment scandal of the Emirati Minister of Tolerance, Nahyan bin Mubarak al-Nahyan, who is accused of sexually assaulting the curator of the inaugural Hay Festival Abu Dhabi, a British literary festival.

The newspaper said that the organizers of the Hay Festival felt the dangers in Abu Dhabi, although literary festivals are usually respected and appreciated around the world.

On the accusation of the curator of the festival, Caitlin McNamara, of the Emirati Sheikh of luring her into a palace on an island frequented by members of the ruling family in the Emirates, sexually assaulting her and attempting to rape her, the newspaper explained, “The tragedy here is what happened to Ms McNamara, not the undermining of Hay’s partnership with the UAE govt.” Lawyers for Sheikh Nahyan have denied the assault allegations.

The story also goes to the heart of the dilemmas of expansion, which brings with it questions around funding and the need to work with local governments with markedly different political systems. The UAE is not classified as a democracy by Freedom House, a US state-funded non-profit organisation, and its justice system makes the reporting of assault incredibly difficult for women.

The Financial Times says that the organizers of these festivals are in danger of a repeat of the McNamara incident if they return to countries that have an authoritarian regime like the UAE.

“The writer and actor Stephen Fry, PEN America, part of the international association of writers and many others wrote to Hay in February, highlighting the UAE’s poor record on free expression and the plight of its political prisoners,” it said.

Other festivals have faced controversy or outright boycotts over corporate sponsorship or free speech issues. In 2018 and 2019, several writers pulled out of the Emirates Festival of Literature in Dubai over the country’s free speech record.

Calls for a boycott

According to the newspaper, in 2011, Reporters Without Borders urged authors invited to the Galle Literary Festival to consider the plight of dissident writers in Sri Lanka, while other campaigners called for a boycott. In India, the soft power of the massive annual Jaipur Literature Festival, which attracts hundreds of thousands of book lovers to the palaces of Rajasthan, has been tarnished by questions over some of its sponsors.

“Literary festivals can also be staunch defenders of free expression. Past Hay speakers have included Philippe Sands, international lawyer and genocide scholar, and Jung Chang, talking about Chinese dissidents,” it added. “When the Indian writer Perumal Murugan came under fire from rightwing groups in 2015, the Hindu Lit for Life festival stood in ‘full solidarity’ with him, and PEN’s festivals around the world have often drawn attention to writers in prison.”

Against a dramatically changing global order, the politics of literary festivals are likely to grow ever more heated. Cultural soft power is also available to groups from across the political spectrum. Some new entrants into the “litfest” scene — such as India’s government-sponsored Pondicherry festival — are adopting markedly different positions to the typically liberal worldview of many more established literary events.

Over the years Hay (with which the FT has been a media partner) has worked magic for massive audiences by promising an open, free space for readers, writers — and their own team members. Hay’s intention might have been to drive a broader and more free discussion in the Gulf. Now it finds itself part of the discussion.

Its experience is likely to alert other festivals to the perils of expansion into countries with grim human-rights records. Literary festivals might be able to do business with countries that don’t share their reading tastes, but not with groups that don’t share or won’t uphold their most cherished values, according to the FT.