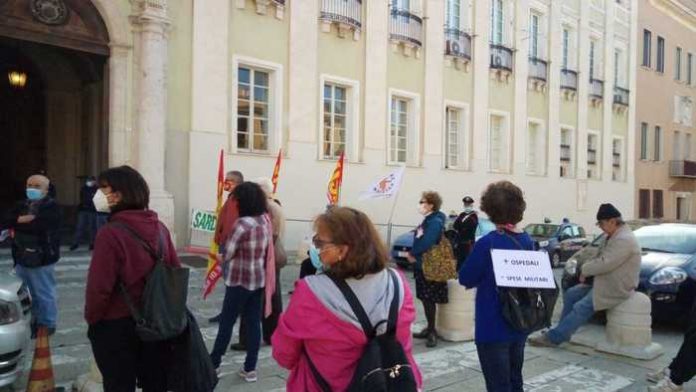 A number of Italian activists have staged a vigil on Friday morning in Cagliari province under the slogan “No to massacres in Yemen” and “Let’s stop the bomb factory.”

The vigil, organised by the Cagliari Social Forum, called for the closure of the “Rom” company, which produces bombs in the village of Domusnovas.

A number of activists gathered in front of the factory, holding banners denouncing the sale of weapons to Saudi Arabia.

A statement issued by the Cagliari Social Forum said the forum would seek to stop the sale of RWM weapons to Saudi Arabia.

The statement stressed the need to resume vigils and denounce the production and sale of these weapons to Saudi Arabia.