Home Reports At least 80,000 Yemenis dead as a result of Saudi blockade of... 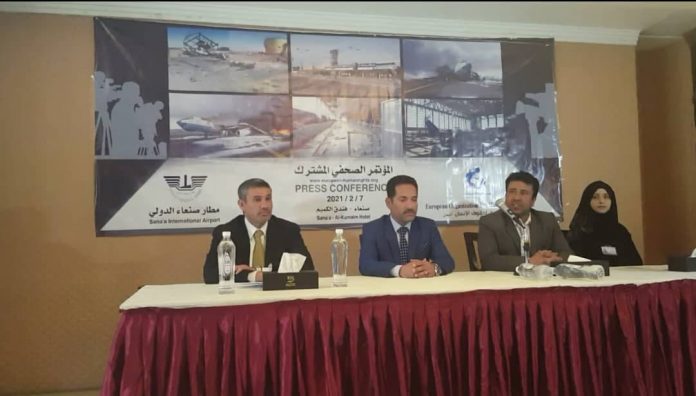 Director General of Sana’a International Airport, Khaled Al-Shayef, announced on Sunday that the closure of the airport caused the death of more than 80,000 patients who needed to be treated abroad.

During a joint press conference with a number of civil society organizations held Sunday in Sana’a, Al-Shayef confirmed that more than 450,000 patients still need to travel to receive treatment abroad due to the continuing war and poor health conditions as a result of the comprehensive blockade.

The closure of the airport has caused a lot of damage in the humanitarian and health aspects and in all aspects of civilian life for Yemenis, Al-Shayef said.

He pointed out that more than one million patients are threatened with death due to the lack of drugs for incurable diseases, and that over 3,000 patients, registered with the Ministry of Health, suffer from cardiac abnormalities and they urgently need to travel abroad for treatment.

More than 12,000 patients with kidney failure need urgent kidney transplants, and that more than 65 cases of cancer are threatened with death at any moment, he added.

He said that one out of every ten passengers traveling between Sana’a and Aden or Sana’a and Sayoun dies due to the long distance, the rugged road and the large number of military points spread on the road.

The airport’s director pointed out that more than a million Yemenis cannot enter Yemen, and thousands of students at home are deprived of their scholarships due to the closure of Sana’a airport and the siege on Yemen.

Al-Shayef mentioned that the direct losses of targeting Sana’a Airport by the Saudi-led aggression coalition amounted to more than $ 150 million.

The aggression coalition bombing of the airport continued even in the presence of some United Nations flights, he explained, stressing that “these crimes will not pass without judicial prosecution.”

He confirmed that the airport is completely safe and in complete technical readiness to receive flights, indicating that the only obstacle to reopening the airport and lifting the ban is the intransigence of the aggression coalition countries and the complicity of the United Nations organizations.