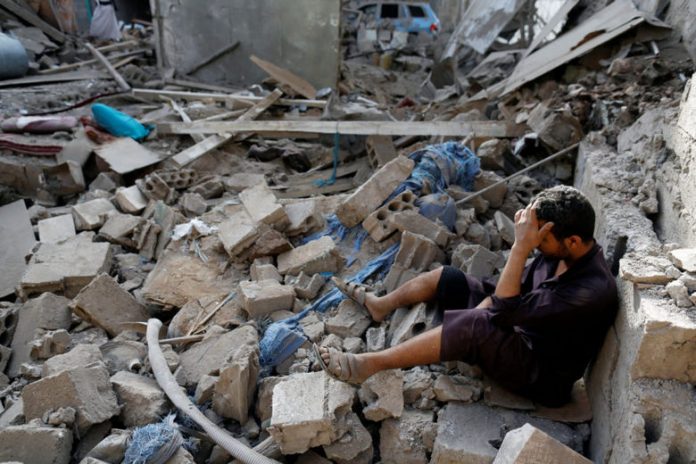 The European Institute of International Law and International Relations (EIIR) considered Arab support for the US-Saudi aggression against Yemen a crime and a moral and human disgrace.

“It is a shame that the official Arab regime supports and defends the aggression of Saudi Arabia and the UAE against Yemen, where this aggression is a crime in international law and a moral and human shame,” the President of the EIIR Mahmoud Refaat said in a post published on his official Twitter page on Wednesday.

Refaat noted that “away from any assessment of those in Sana’a, the fact remains that they are the owners of the country and they did not attack outside its borders, but rather the aggression is carried out against them. Therefor, the right to respond is legitimate for them.”

Since 2015, Saudi Arabia has led a war coalition against Yemen to  reinstall the ousted, Riyadh-friendly regime of Abd Rabbuh Mansur Hadi in Sana’a.

The prolonged war, accompanied by a tight siege, has failed to reach its goals, killing hundreds of thousands of Yemeni people while throwing the country into what the UN calls the world’s worst humanitarian crisis.

Sana’a has asserted that its raids on Saudi Arabia are the direct result of the kingdom’s continued aggression against Yemen, pledging to end the attacks as soon as Riyadh and its allies end the war and lift the siege.