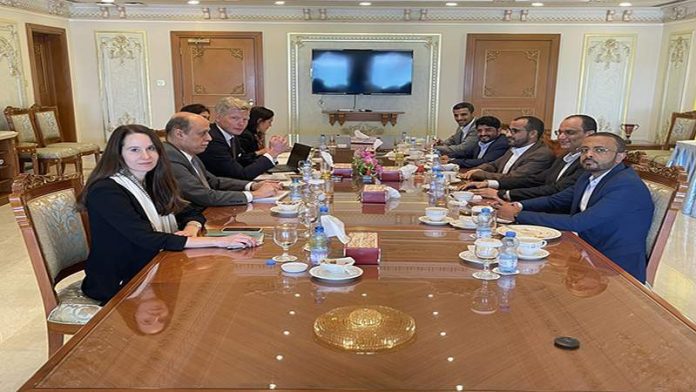 The head of the National Delegation, Mohammad Abdulsalam met with the UN envoy to Yemen to discuss the course of the UN-sponsored truce and the obstacles and complications it faces.

The UN envoy stressed the need to open Taiz roads and other areas, to renew the truce, and to take serious steps to end the war comprehensively.

In a tweet, Abdulsalam said that during the meeting, they discussed the course of the humanitarian and military truce and the obstacles and complications it faces, in addition to the importance of disbursing the salaries of the state employees.

He added, “We stressed to the envoy the importance of disbursing salaries throughout the country, and the Chairman of the Military Committee and the Governor of the Central Bank of Yemen participated with us in the meeting.”