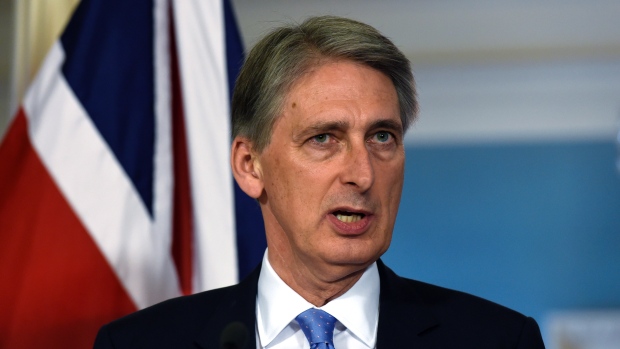 Althawra Net
Foreign Secretary Philip Hammond has called for “proper investigations” into Saudi airstrikes in Yemen.
He said UK weapons are being used and Saudi assurances of compliance with humanitarian law are “not enough”.
UK sales to the Kingdom would halt if they are found to have breached international law.
His comments have been welcomed by the charity Oxfam, which has urged the UK to halt arms exports while allegations of war crimes are investigated.
Speaking to BBC Newsnight during a visit to Washington DC on Tuesday, Mr Hammond said he had raised the issue of air strikes with the Saudis in recent weeks.
Saudi Arabia denies targeting civilians during its bombing campaign in Yemen, which began in March.
“Obviously that denial alone is not enough,” Mr Hammond said. “We need to see proper investigations”.
“We need to work with the Saudis to establish that international humanitarian law has been complied with – and we have an export licensing system that responds if we find that it has not. We will then find that we cannot license additional shipments of weapons.”