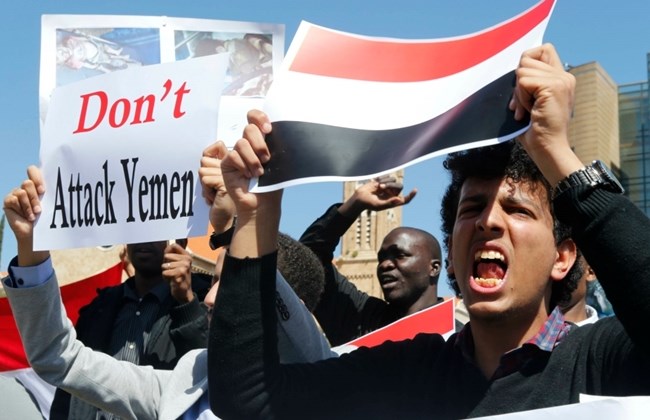 Althawra Net
The United States should stop selling bombs to Saudi Arabia while the country is engaged in war on the neighboring Yemen, the Human Rights Watch says.
The New York-based rights NGO urged the administration of US President Barack Obama to stop arms sales to Riyadh “in the absence of serious investigations into alleged laws-of-war violations in Yemen.”
“The Obama administration should not sell aerial bombs to Saudi Arabia,” read the statement, referring to a recent deal between US and Saudis.
The Pentagon said earlier this week that the US State Department has approved the sale to supply Saudi forces with smart bombs worth $1.29 billion.
The Pentagon’s Defense Security Cooperation Agency (DSCA) said in statement at the time that it is committed to support the Royal Saudi Air Force (RSAF) in bombardment of Yemen, which has taken the lives of thousands in the Arab world’s poorest country.
“The US government is well aware of the Saudi-led coalition’s indiscriminate air attacks that have killed hundreds of civilians in Yemen since March,” said Joe Stork, deputy Middle East and North Africa director. “Providing the Saudis with more bombs under these circumstances is a recipe for greater civilian deaths, for which the US will be partially responsible.”
The Saudi aggression has reportedly claimed the lives of more than 7,100 people and injured nearly 14,000 others. The strikes have also taken a heavy toll on the country’s facilities and infrastructure, destroying many hospitals, schools, and factories.
“Until Saudi Arabia investigates apparently unlawful strikes by coalition warplanes and takes appropriate action, the US should not be supplying them more bombs,” Stork said.
The sale includes 22,000 smart and general purpose bombs, including 1,000 GBU-10 Paveway II Laser Guided Bombs, and over 5,000 Joint Direct Attack Munitions kits to turn older bombs into precision-guided weapons using GPS signals, according to Reuters.