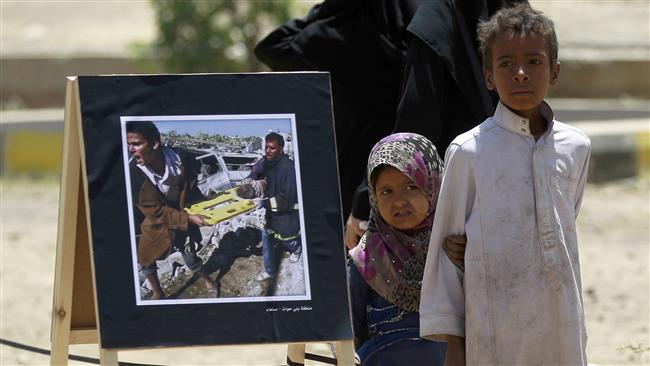 More than 8,200 people have been killed and many more injured ever since Saudi Arabia started a war on Yemen in March, a civil group says.

The Yemeni Civilian Association announced in a report on Wednesday that the ongoing Saudi attacks have claimed the lives of 8,278 people, including 2,236 children, and left 16,015 others injured.

The report comes in the wake of the International Committee of the Red Cross (ICRC) warning about the dire situation of Yemeni patients amid Saudi attacks on hospitals.

Robert Mardini, who heads the ICRC’s operations for the Near and Middle East, has said the situation in Yemen is turning into one of the world’s “forgotten conflicts”.
Earlier this month, the ICRC’s outgoing health coordinator in Yemen, Monica Arpagaus, warned that hospitals in Yemen are no longer safe.
“We have incidents where hospitals have been targeted and patients have been injured and staffs have been killed,” Arpagaus said.
“Drugs, medication and medical supplies have been prevented from crossing frontlines into hospitals which desperately need these supplies.”