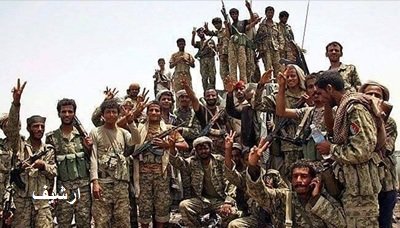 Althawra Net
A military source said that the Yemeni Army and People’s Committees made Significant progress on a number of conflict’s areas in Taiz province.
The source explained to Yemen News Agency (SABA) that the military forces and the popular committees were able to secure different places in Haifan, al-Akarod, al-Thabab areas as well as they caused big losses in the ranks of mercenaries .
The same source pointed out that the army and people’s committees have done a massive attack on the mercenary aggression sites in the mountain of Sharaf al-Anin in Jabal Habashi district. This attack led to a stampede of the mercenary.
“The missile forces targeted a gathering of armored vehicles and mechanisms belonging to invasion and occupation mercenaries forces in al-Waseah district.” said the source.