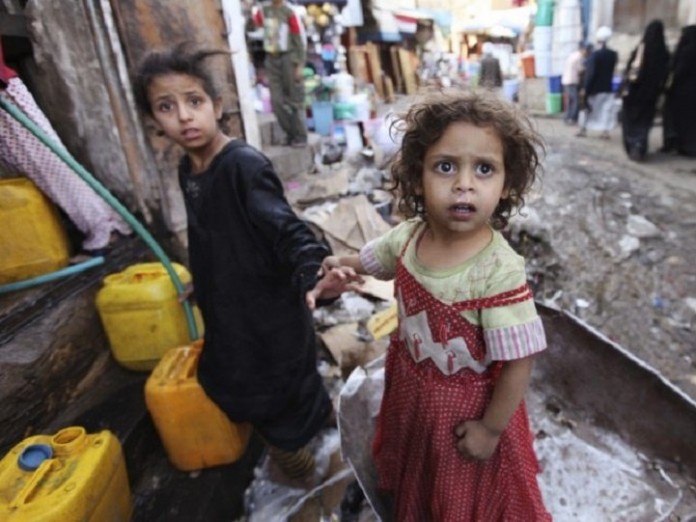 United Nation announced that about 113 of Yemenis die daily because of the lack of medical supplies and humanitarian aid  due to the blockade that  imposed by the Saudi aggression on Yemen.

The UN Humanitarian Coordinator for Yemen, Jamie McGoldrick  said that about 19 million Yemeni currently don’t have clean drinking water and large number of volunteer doctors left Yemen since the crisis.

Ministry of Health in Yemen also announced that more than a 1,200,000 child are  suffering from malnutrition at different levels.

According to Health Ministry, Saudi aggression led the death of 7300 civilians during a year. Indicating that the death statistics contained 1600 child and 1170 woman and around 16,800 injured.