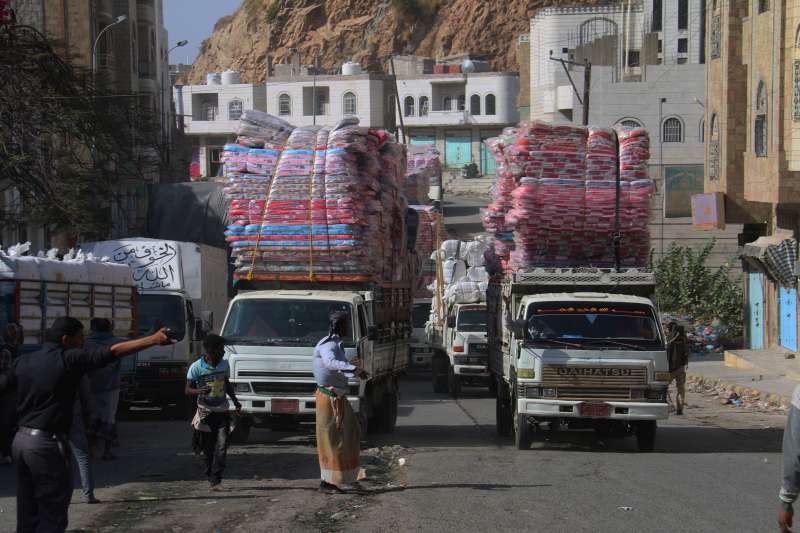 GENEVA, March 8 (UNHCR) ¬- After almost one year of renewed conflict in Yemen, more than 2.4 million people are forcibly displaced by the fighting, some of them in hard-to-reach areas where they face deteriorating conditions in the absence of a political settlement, UNHCR, the UN Refugee Agency, warned on Tuesday.

The figure of 2,430,178 internally displaced people in Yemen appears in the latest report of a special Task Force on Population Movement in Yemen, which is led jointly by UNHCR and the International Organization for Migration, or IOM, as part of the humanitarian response to the Yemen crisis, which escalated in late March 2015.

Although down slightly from the 2.5 million displaced people reported by the last task force report, in December – due to an improved methodology and the return home of some displaced people in the south – the number of people displaced within Yemen remains staggeringly high and a cause for grave alarm.

“The figures also mask the human face of the conflict and the continuing suffering and growing needs,” UNHCR spokesperson Leo Dobbs told a news briefing in Geneva on Tuesday (March 8). “The situation is likely to get worse amid increasingly dire humanitarian and socio-economic conditions and with no political settlement in sight.”

Dobbs stressed that UNHCR and IOM believe it is crucial to keep humanitarian access open for deliveries of essential services. “At the very least we implore all sides to allow humanitarian access to the hardest hit-areas, where most of the displaced are located. This is feasible, as demonstrated last month, when aid was delivered to Taizz,” he said.

The latest report shows increased levels of displacement in areas where the conflict has escalated, notably in the governorates of Taizz, Hajjah, Sana’a, Amran, and Sa’ada, which together account for 68 per cent of all IDPs in Yemen.

The latest report, based on data through January 31, highlights the continuing human suffering of those forced to flee their homes in a desperate search for safety, often without possessions and often finding themselves in areas where even the most basic services have been affected by the conflict.

Most seek shelter with relatives and friends, in schools, public or abandoned buildings, makeshift shelters – or out in the open, with little or no protection. Despite the severely restricted humanitarian access and security constraints, organizations such as UNHCR and IOM have delivered household items and emergency shelter to more than 740,000 internally displaced people.

The Yemen Humanitarian Response Plan, launched in Geneva last month, seeks US$1.8 billion for more than 100 humanitarian partners to provide critical and life-saving assistance to 13.6 million people in need. It is currently just 2 per cent funded.